In Bastille, France, the treasure of the Bourbon Dynasty was stacked in a truck and stolen. Thinking it was undoubtedly Lupin's doing, Zenigata and the French police pursue the truck. But, the criminal was actually an unheard-of woman. Then, the true Lupin appears. Lupin successfully steals the truckload of treasure from the woman but is then mysteriously kidnapped. Malchovich is the man who kidnapped Lupin. Fujiko is also caught and kept hostage while trying to steal the worldwide famous jewel "Bull's Eye". In order to rescue Fujiko, Lupin, along with reluctant Jigen and Goemon, tries to steal Bull's Eye from the Grand Bateau, the French museum renowned for having the greatest security in the world. Everything starts from here! Female thief Becky, scoundrel Malchovich, and Lupin... Ambition, human relations... Each secret becomes gradually clear during the scramble for the Bull's Eye. The series' highest spectacle romance unfolds, and France is the stage. 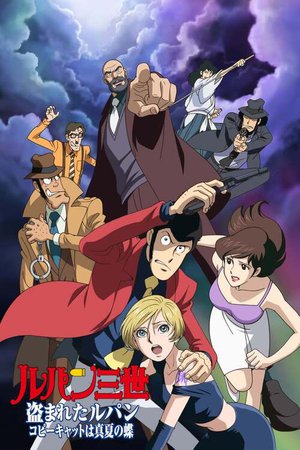