Plane Crazy is an American animated short film directed by Walt Disney and Ub Iwerks. The cartoon, released in 1929 by The Walt Disney Studio, was the first creation of the character Mickey Mouse. It was made as a silent film and given a test screening to a theater audience on May 15, 1928, but failed to pick up a distributor. Later that year, Disney released Mickey's first sound cartoon, Steamboat Willie, which was an enormous success. Following this, Plane Crazy was released as a sound cartoon on March 17, 1929. 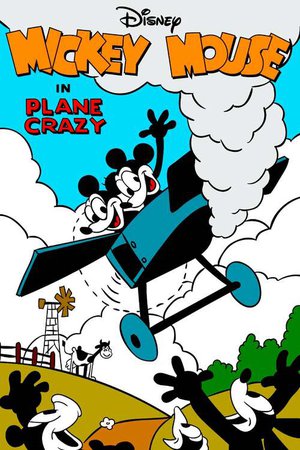