Reunited at last on the frigate, the Avengers face off against Loki's cohorts while a harshly weakened Spider-Man struggles to survive below deck. Everything seems to be going well until Loki arrives disguised as Hikaru, tricking Thor into taking a Cane Blast point blank. Seeing the need to retreat, Loki orders Abomination to sink the Frigate, and then retreat. Jessica and Ed manage to capture a defeated Whirlwind, Diablo, and King Cobra while Captain America, Hulk, and Wasp try to find Spider-Man before it's too late. Spider-Man, dreaming of his "reported demise" and "triumphant return" to New York, wakes up to find the Avengers carrying him out of the ship. Later, while the team is having a celebration, Senator Robert closes in on Stark's penthouse in New York with a new warrant for either registration or arrest. However, the team is safely in one of Stark's Japan penthouses instead. Captain America offers Hawkeye to join the team, who declines due to his determination to take the corruption out of S.H.I.E.L.D. The next day, Akira and Iron Man find themselves in a dojo belonging to an old friend and bitter enemy of Stark's, the Silver Samurai. 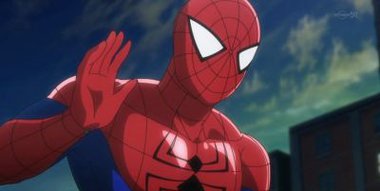