Look what they call a quiet week in Rio!

French military man Adrien Dufourquet gets an eight-day furlough to visit his fiancée, Agnès. But when he arrives in Paris, he learns that her late father's partner, museum curator Professor Catalan, has just been kidnapped by a group of Amazon tribesmen who have also stolen a priceless statue from the museum. Adrien and Agnès pursue the kidnappers to Brazil, where they learn that the statue is the key to a hidden Amazon treasure. 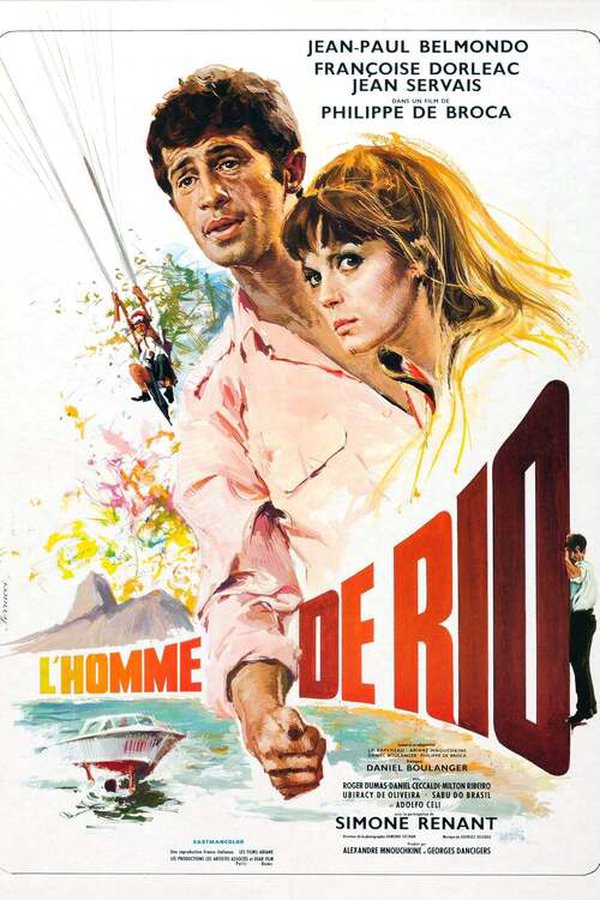