Les Louves was also released as Demoniaque and She Wolves. By any name, it's a puzzler, at least until the final fast-paced scenes. Gervais (FranÁois Perier) escapes from a German concentration camp and assumes the identity of a recently deceased fellow prisoner. Knowing that the dead man has been carrying on a romance by correspondence with Helene (Micheline Presle), a woman whom he has never seen, Gervais makes the acquaintance of the woman and moves in with her. The woman's sister, Agnes (Jeanne Moreau), dabbles in the black arts, which should be warning enough for Gervais to make himself scarce. But he sticks around, intrigued that the dead man's sister, Julia (Madeleine Robinson), refuses to blow the whistle on him. 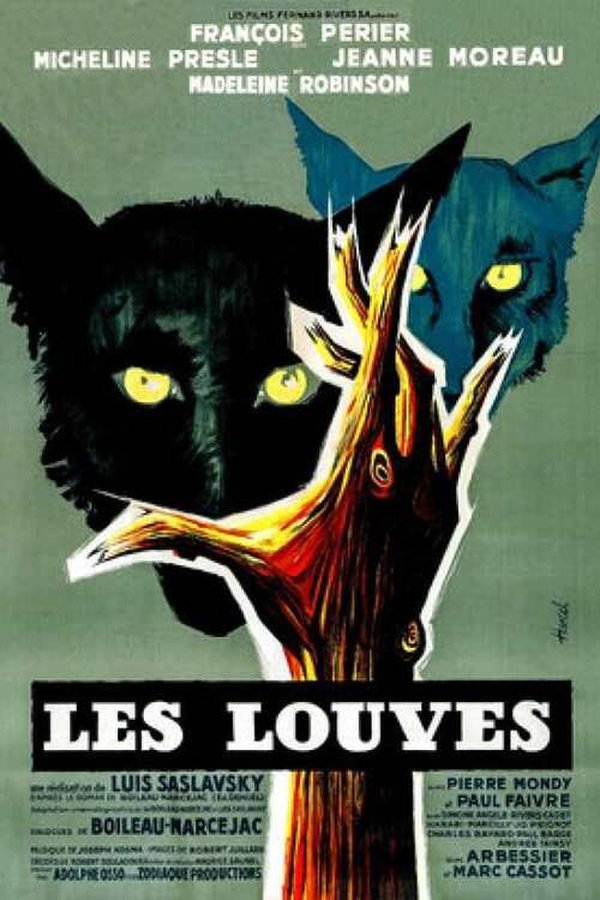