Amachan is the 88th 2013 NHK asadora written by Kankuro Kudo (Tiger and Dragon, Unobore Deka). It's about Amano Aki (Nounen Rena), a 16 year old girl from Tokyo who goes to her mother's former home in Sodegahama, a fishing village in Kitasanriku, Iwate prefecture for the summer break. She falls in love with the sea and its people, and decides to stay on to become an Ama (women divers who fetch clams and sea urchins for tourists) just like her grandmother, Natsu (Miyamoto Nobuko). Her decision is welcomed wholeheartedly by Natsu and the other locals. However, her mother Haruko (Koizumi Kyoko) does not like the idea at first. She has a strained relationship with Natsu, and her extreme dislike of the sea, diving and the countryside is one of the reasons why she left her hometown 24 years ago. Eventually, she decides to stay in Sodegahama with Aki, considering that she is contemplating on getting a divorce anyway and does not want to go back to her husband in Tokyo. She also notices that it might be good for Aki for she seems livelier and happier in Kitasanriku than in Tokyo. The road towards becoming a full-fledged Ama-san is tough for Aki as she encounters tests and hurdles. One day, a video of her as an Ama gets uploaded in the city's tourism website, transforming an ordinary high school girl into an overnight Internet sensation. Suddenly she is called upon to use this opportunity to attract tourists to a city suffering from depopulation.. 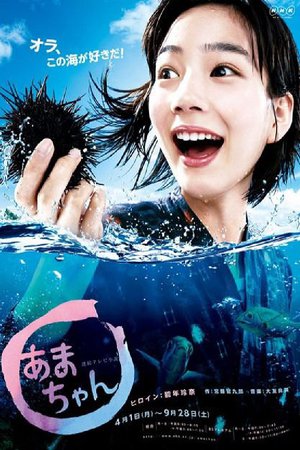