Taiki Kudo is an upbeat boy with a desire to help those in need, although he tends to overexert himself. One day, he hears the voice of a Digimon named Shoutmon who is on the verge of death. Wanting to help him, Taiki is given a Digivice known as a Xros Loader, and he and his friends Akari Hinomoto and Zenjiro Tsurugi are warped to the Digital World where they meet Shoutmon and his allies, Ballistamon, Starmon and the Pickmons. By using the power of the Xros Loader, Taiki can perform a DigiXros, which can fuse any of his allies together into different forms. Taiki and his friends use this ability to fight the forces of the Bagura Empire while crossing paths with teams Blue Flare and Twilight. 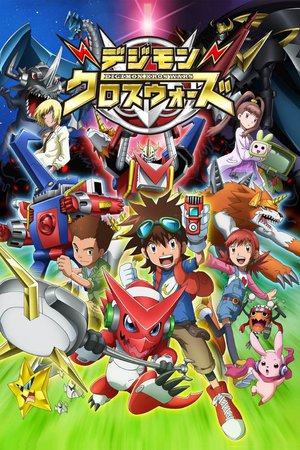