The Discworld is the fictional setting for all of Terry Pratchett's Discworld fantasy novels. It consists of a large disc (complete with edge-of-the-world drop-off and consequent waterfall) resting on the backs of four huge elephants which are in turn standing on the back of an enormous turtle, named Great A'Tuin (similar to Chukwa or Akupara from Hindu mythology) as it slowly swims through space. The Disc has been shown to be heavily influenced by magic and, while Pratchett has given it certain similarities to planet Earth, he has also created his own system of physics for it. 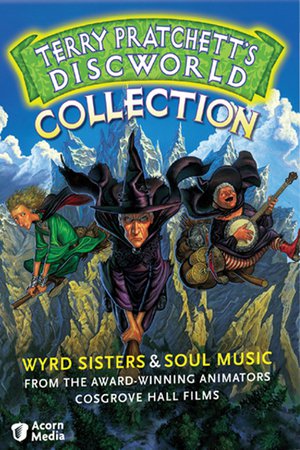