The King's close advisor implemented a large-scale witch-hunt. The tragic victims of this hunt were not witches, however, but Makai Knights and Makai Priests. One Makai Priestess gave birth to a child while being burned at the stake. That child carried the bloodlines of the Golden Knight. Although he was saved by his father, a Makai Knight himself, the newborn, León Luís, suffered greatly from the unjust death of his mother. And so he vowed to learn the ways of a Makai Knight from his father, Germán Luís, and use his training to seek revenge. During his battles against the demons known as "Horrors," León must gradually approach reality and accept the truth. Meanwhile, the powerful former adviser to the King, Mendoza, banished Prince Alfonso and his mother while the king was bedridden. Eager to reclaim his kingdom and save his people, Alfonso embarks on a quest to find the legendary Knight - but destiny holds a twist of fate in store for him. Together, León and Alfonso begin long and difficult journey filled with many hardships. 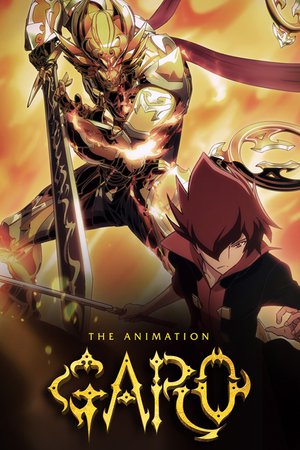