This drama is a remake of the popular school drama Hanazakari no Kimitachi e that was aired on Fuji TV in 2007. The drama is based on the popular comic of the same name by Nakajo Hisaya. Horikita plays the protagonist Ashiya Mizuki, a Japanese girl in the United States who one day sees the young athlete Sano Izumi compete in high jumping on television. She begins to idolize him. Sano gets injured one day in America while trying to help Mizuki escape from some gangsters. He stops high jumping ever since. Mizuki blames herself for the incident and decides to go to Japan and help Sano find his love for high jumping. However, Izumi goes to an all-boys school, so Mizuki disguises herself as a boy in order to meet with him again. 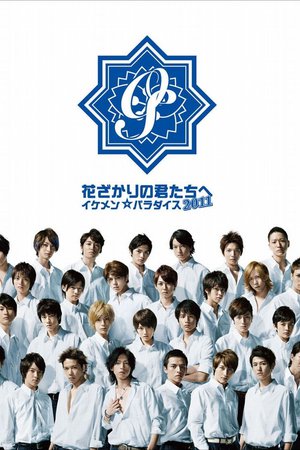