King of the Nerds

Hosted by Robert Carradine and Curtis Armstrong, King of the Nerds is the ultimate nerd-off. The series will follow eleven fierce competitors from across the nerd spectrum as they set out to win $100,000 and be crowned the greatest nerd of them all. King of the Nerds will take the glory of geekdom to a whole new level as the eleven competitors live together in "Nerdvana." Each week, they must face challenges that will test their intellect, ingenuity, skills and pop culture prowess. In each episode, the nerds will first compete as teams and then as individuals, facing challenges that range from live gaming to a dance-off to life-sized chess. One competitor will be eliminated each week until one nerd stands alone as the ultimate champion off all things nerdy. 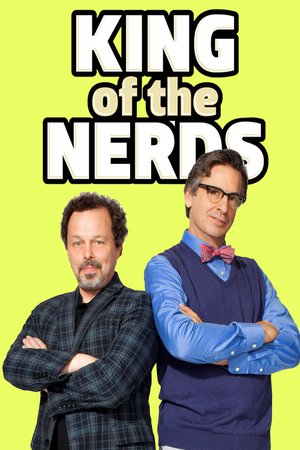 King Of The Nerds Renewed For Season 3 !