Mew Mew Power anime is based on one of Tokyopop's best selling Mangas and is now available in select stores. During her first date with the cutest boy in school, Zoey Hanson is zapped by a mysterious ray that scrambles her DNA with that of the endangered Iriomote wildcat. The next day, Zoey discovers that she has developed the agility (and occasionally the ears and tail) of a cat, as well as the power to transform into a pink-haired superheroine. She and four other girls, each endowed with the genes of a different "Red Data" animal, have been selected for the Mew Mew Project, a top-secret project that aims to protect the Earth from an alien menace. JAPANESE OPENING THEME: My Sweethart by Rita Komatsu
JAPANESE ENDING THEME: Koi wa A La Mode by Tokyo Mew Mew The Characters
Original Names Included
*Ichigo Momomiya - Zoey Hanson
*Mint Aizawa - Corina Bucksworth
*Lettuce Midorikawa - Bridgette Vedant
*Pudding Fong - Kikki Benjamin
*Zakuro Fujiwara - RenÃ©e Robert 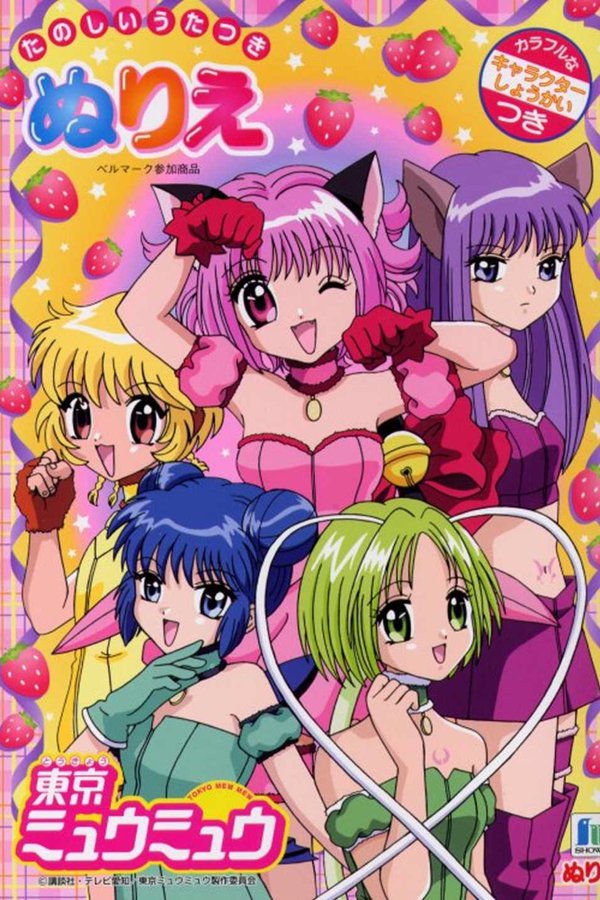