The animated comedy adventure series follows Penn Zero, a boy from the suburbs who inherits the coolest job ever – part-time hero and leader of a team of good guys who zap to other worlds to save the day. With his sidekick Sashi and wise man Boone, the three tackle everything from outer space and the Old West, to lands of enchantment and the ultimate challenge – suburbia. The Campaign‘s Thomas Middleditch stars as Penn. 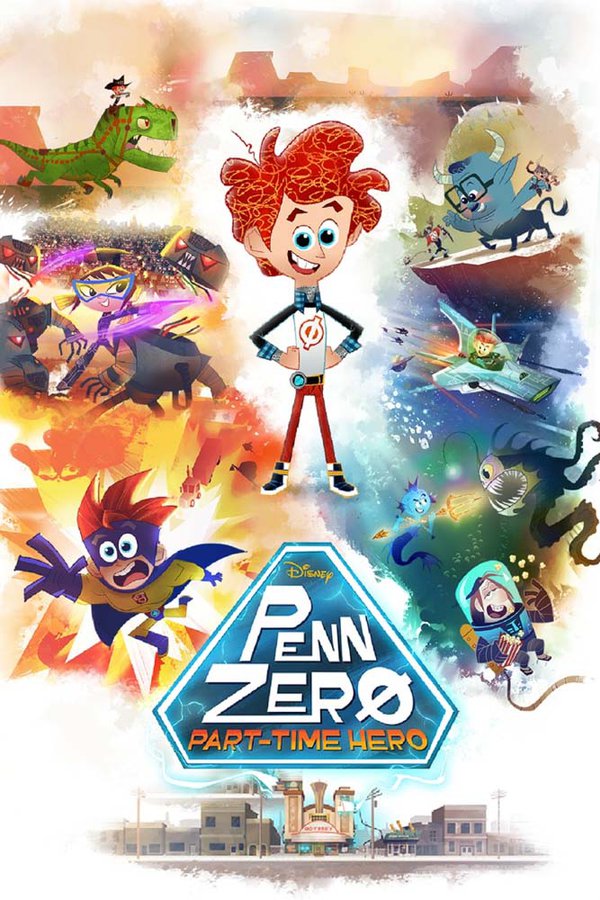