SHIMONETA: A Boring World Where the Concept of 'Dirty Jokes' Doesn’t Exist

In a dystopian future, the Japanese government is cracking down on any perceived immoral activity from using risqué language to distributing lewd materials in the country, to the point where all citizens are forced to wear high-tech devices called Peace Makers (PM) at all times that analyse every spoken word and hand motions for any action that could break the law. A new high school student named Tanukichi Okuma enters the country's leading elite "public morals school" to reunite with his crush and student council President, Anna Nishikinomiya. However, Tanukichi quickly finds himself entwined with the perverted terrorist "Blue Snow" ("Tundra's Blue" in some translations) when she kidnaps and forces him to join her organisation, "SOX," in creating and spreading pornographic material across the city as a form of protest against the regulations. 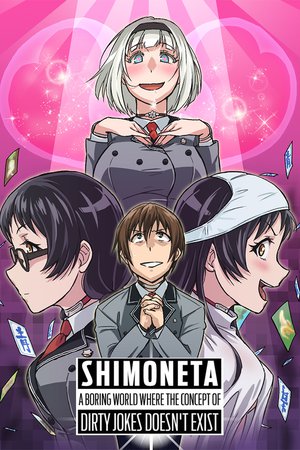