The protected tells the story of a number of people living in the fictional town of Lost Valley posing as a family, Castillo Rey. The reason, the supernatural powers that unless the "fathers" of this family, possessed by members of the same, which lead them to be chased by a group of people with unknown intentions. Its members are Mario (Antonio Garrido) and his son Carlos (Daniel Avilés), a child who mastered telekinesis, Jimena (Angie Cepeda), whose daughter Blanca, endowed with precognitive powers was kidnapped by people who hide themselves Culebra ( Luis Fernandez), a teenager with the ability to become invisible at will, Sandra (Ana Fernandez), holder of a power related to electricity, the little Lucy (Priscilla Delgado), adopted daughter of a social worker and has the ability to read people's thoughts and Lucas (Mario March), a boy of 14 years with the option of transforming into other people whose complete arrival later this singular family, which after fleeing their homes must hide his secret from their neighbors and coworkers and new studies. Its aim will be live as if you have always known, lead a normal life as possible, without their neighbors and find out they are not such a family and children have peculiar powers. 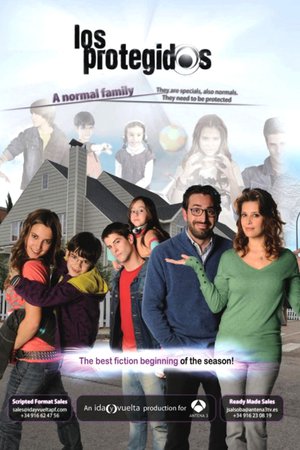