The Entrusted Mission: Protect the One Tails!

Boruto manages to reach Sasuke, but he sees his mentor disappear before his very eyes due to an attack by Urashiki Otsutsuki. It turns out that Sasuke, along with the Kazekage and Shinki, was in the middle of battling Urashiki, who was pursuing Shukaku, the One Tail. Gaara uses a Sealing Jutsu and manages to stop Urashiki, but he believes it’s only a matter of time before the jutsu is broken. He orders Shinki and Boruto to go to the Leaf Village to keep Shukaku safe. 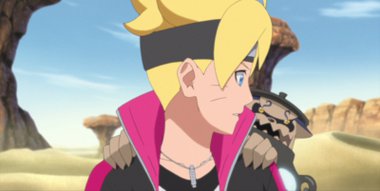