[Filler] Inojin has loved to draw since he was small, and his ninjutsu speciality is the Super Beast Scroll. But one day, he suddenly loses his ability to use his jutsu! Puzzled, he talks to his father, Sai, who uses the same jutsu. Even though Sai is sympathetic, he doesn't give Inojin a way to overcome his slump. Instead he suggests that his son enter into a children's art contest, which Inojin halfheartedly does.

Next episode
S01E34 - The Night of the Shooting Stars 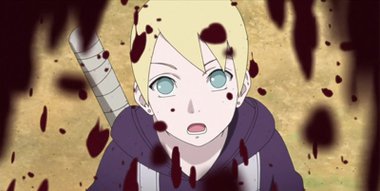