Formation of the Three Man Squad?

Boruto and his friends are successful in becoming apprentice ninja, ‘Genin’, their first step. Firstly, they must form their basic teams to carry out missions in, a three man cell. Boruto expected to group up with his close friend Shikadai; however, Shikadai is forming a cell with Inojin and Chocho, following in their parents’ footsteps of the ‘Inoshikacho’ trio. Boruto then becomes grouped with Sarada and Mitsuki…….

Next episode
S01E39 - The Path Lit by the Full Moon 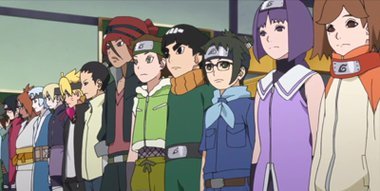