Kotokawa Kinue approaches Miyashita Touka and Suema Kazuko as they study at one of the tables at the prep school. Kotoe asks Kazuko for help and tells her that Kyouko was the one that referred her. Kotoe asks Kazuko to help her cousin Asukai Jin, who is one of the instructors at the prep school. Apparently, he used to worry a lot about various things, but stopped worrying and would stay out late at night and come home with blood stains on his clothes. Kazuko says she'll accept the job and decides to investigate. 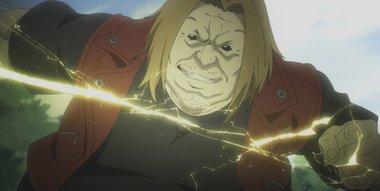