Due to Orihata's request, Masaki dons a black hat and cape and goes around acting like Boogiepop. It had been two weeks since they started using Orihata as bait to lure bad guys in so Masaki can beat them up like a superhero, but Masaki still had no idea why they were doing this. Masaki mentions that they can't do this forever, but Orihata just tells him that she'll do anything for him. All he has to do is tell her. Slightly annoyed by Orihata avoiding the question, Masaki says he'll continue acting as Boogiepop, but... 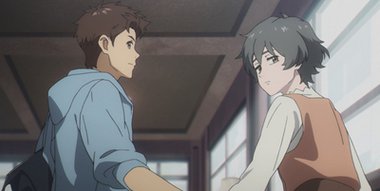