Nagi prepares to fight with Kisugi Makiko. Now that Kisugi is not human, there's a good chance Nagi won't survive this fight. Mo Murder knows the odds of this fight and ends up doing something very much out of his character. Meanwhile, Nagi tries to lure Kisugi Makiko away from the hospital so there won't be any other victims. Kisugi attacks Nagi and tries to get her to fear but...

Next episode
S01E14 - Overdrive: The King of Distortion 1 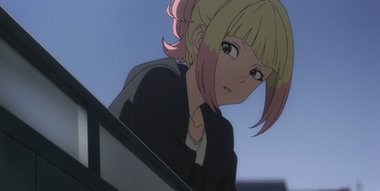