Barrot reveals the whole truth about Phryne and Nessa and the original god of Fractale to Clain. But while Barrot claims that Phryne is his alone, Phryne stabs him and runs away with Nessa following behind. Clain rejoins Sunda and Enri while Phryne decides to merge with Nessa in order to keep Nessa from disappearing. Sunda sends Enri back to the airship before Dias's troops destroys the Temple while he and Clain continue on. Sunda and Clain reach the top of the Temple where they find Archpriestess Moeran with Phryne and Nessa. Moeran grants them and Dias, who arrives moments alter, safety while they witness the restart of Fractale. However, Dias uses the opportunity to blowup Moeran and himself. Sunda and Clain race to Phryne and Nessa, but Sunda pushes Clain into the elevator while holding off the Temple's troops. After Clain confesses his feelings to Phryne, the three arrive at the Sanctum and discover that the original Phryne was an ordinary girl and Nessa was her stuffed rabbit. Afterward, Phryne and Nessa join together and Fractale is restarted. One year later, the people are learning to live without being dependent of Fractale. Clain has returned home and taking care of an unconscious Phryne. Phryne finally awakes, but surprises Clain by behaving like Nessa. After a moment, she reveals to him that she has always loved him too, and that she is happy now. It is left for the viewer to decide if their merging actually worked, with Phryne retaining Nessa's personality, or if Phryne simply changed due to Clain's love confession. 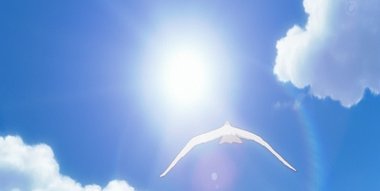