Monty Python and the Holy Grail

And now! At Last! Another film completely different from some of the other films which aren't quite the same as this one is.

King Arthur, accompanied by his squire, recruits his Knights of the Round Table, including Sir Bedevere the Wise, Sir Lancelot the Brave, Sir Robin the Not-Quite-So-Brave-As-Sir-Lancelot and Sir Galahad the Pure. On the way, Arthur battles the Black Knight who, despite having had all his limbs chopped off, insists he can still fight. They reach Camelot, but Arthur decides not to enter, as "it is a silly place". 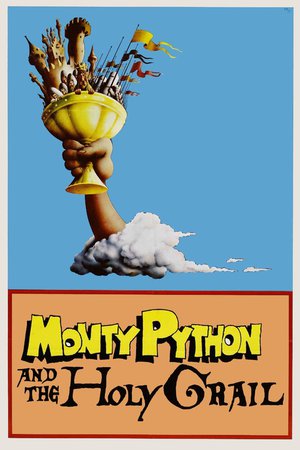 "I don't want to talk to you no more, you empty-headed animal food trough wiper! I fart in your general direction! Your mother was a hamster and your father smelt of elderberries!"