On the mean streets of Detroit, an ancient evil is growing bolder by the day. The House of Chthon is on the verge of eliminating the final barriers to their supremacy over mankind, and only the Daywalker can stop them. Half human, half immortal. His only allies are a master weaponsmith and a woman obsessed with revenge against Chthon. And he will stop at nothing to win his war, because he is the ultimate vampire hunter. His name is Blade. 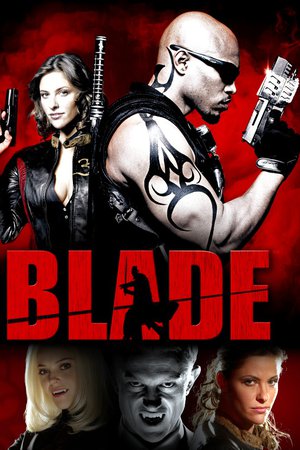