Three sisters, Rui, Hitomi, and Ai Kisugi, run the Cat's Eye Cafe across from the police station. Unknown to the police, though, these sisters are also notorious cat-burglars also known as "Cat's Eye". Their boldness (they leave a calling card prior to each caper) is surpassed only by their skill. Complicating the matter even further, one of the detectives in charge of the Cat's Eye case is Hitomi's boyfriend Toshi. But these girls don't steal for money. All the works they steal are the work of one man--their father, who they seek to locate after he vanished under mysterious circumstances. 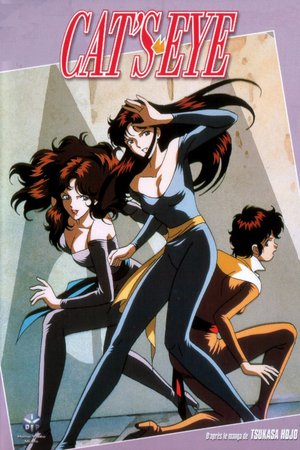