17-year-old Yatabe Mineko grew up in a family of seven in a mountain village in northeastern Ibaraki Prefecture. Tokyo seemed like a different world even though it is in Kanto because of the poor access to transportation. Her father Minoru has gone to Tokyo to work in order to earn money for her elder brother’s university tuition fees. Once Mineko graduates from high school, she wants to help out in the farm work and give her grandfather Shigeru and mother Miyoko an easier life. However, her life completely changes when her father does not come back for the New Year. Mineko asks her family to let her go to Tokyo to find him and promises to send money home. In the autumn of 1964, she and two childhood friends Tokiko and Mitsuo are hired to start working at a small factory in Tokyo’s working class neighborhood. The wages are low and the working hours are long. After work each day, Mineko searches for her father and gets disheartened at times. Then companies go bankrupt due to the recession after the 1964 Tokyo Olympics and the factory is shut down. Mineko has nowhere to go, but thankfully gets a job helping out at a Western restaurant that her father had declared “delicious” in one of his stories about Tokyo. Everyone at the restaurant including the female proprietress and her son who is the chef works her hard, but are soft-hearted and start to become like family. Mineko overcomes challenges and starts to lay down roots in Tokyo as she experiences many meetings and farewells amid the laughter and tears with regulars, people of the shopping street, friends, and colleagues. Will she be able to find her father? 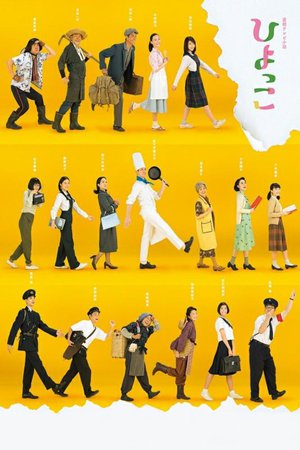