A dark comedy series about a high school and the two vice principals. McBride and Walton Goggins star as the V.P.s who are an in epic power struggle, vying for the top spot: to be school principal. The villain of the series is Walton Goggins, the other candidate for the vacant principal’s position. He and McBride square off throughout the series, throwing passive aggressive (and not so passive) shade at each other, wreaking havoc, in an attempt to throw one another off. 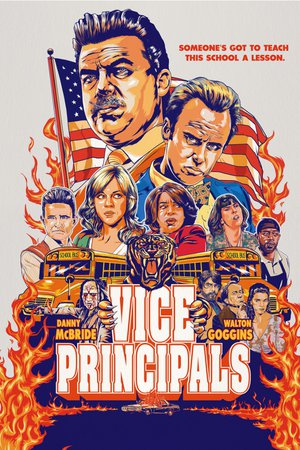 Kenny Powers is back !