Star in My Heart

"Wish Upon a Star aka Star in My Heart" has it all High fashion, music, love, hate, dreams and let downs. Yun Hee (Choi Jin Shil) has lived in an orphanage since her father passed away. Later she's adopted into a hostile family environment by one of her father's friends. With the evil stepmother Ms. Song (Park Won Sook) and evil stepsister (Jo Mi Ryung) treating her like low class theif she decides to take her fate into her own hands. Yun Hee has two heroes to help her along the way: Kang Min Hee (Ahn Jae Wook), a young man who dreams of becoming a successful singer despite his father's objections, and Lee Joon Hee (Cha In Pyo), a top fashion design executive. 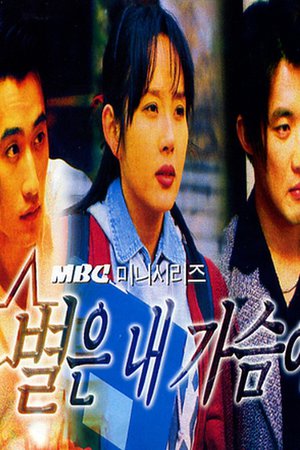