What is the reason for Ryuuki targeting Mirai?! Mirai is sheltering suspicion against Ryuuki for an alleged domain of a jutsu that can relive the dead. She exposes the lies of Ryuuki. Ryuuki is a fan of the “Faith Of Jashin” that was linked to Asuma’s fate. Ryuuki tries to take the life of Mirai, who is a descendant of Asuma, orchestrating an attack using Tatsumi. Mirai doesn’t want to hurt Tatsumi, but she doesn’t know what to do. 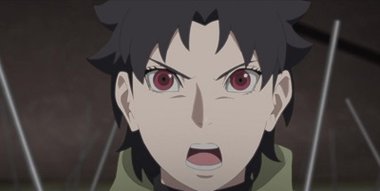