After a visit from Master Fu, Marinette is confronted by Su-Han, a "celestial guardian" of the Miraculouses who does not believe she and Cat Noir can protect Paris. When Cat Noir refuses to relinquish his Miraculous, the two fight Su-Han and escape with the Miracle Box. Su-Han attacks Master Fu and steals his cane to pursue the heroes, and the confrontation agitates Fu enough for Shadow Moth to akumatize him into "Furious Fu", a painter whose Chinese paper talismans can bring any concept to life. Ladybug and Cat Noir defeat Furious Fu, impressing Su-Han enough to convince him to approve of Marinette's continued service as Ladybug. 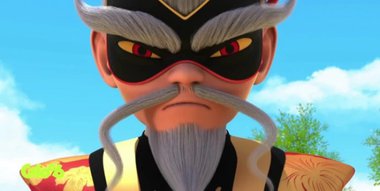