Camille Preaker, a reporter for the St. Louis Chronicle, is sent to her rural hometown of Wind Gap by her editor, Curry, to file a story about two missing girls, one of whom was found dead and presumed murdered. The assignment, which reunites Camille with her overbearing mother, Adora, stepfather, Alan Crellin, and half-sister, Amma, brings back traumatic childhood memories, including the death of Camille’s younger sister, Marian, when both were schoolgirls. Tormented by her past and seeking refuge through alcohol, Camille joins Detective Richard Willis and Chief of Police Vickery in following leads around town that might shed light on the fate of the most recent missing girl. 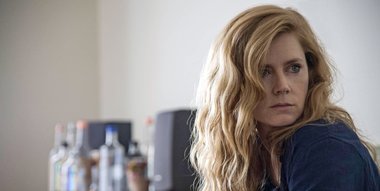