Elena Gilbert is a 17-year-old girl living in the mysterious town of Mystic Falls, Virginia. Since the death of their parents in a car accident, she and her brother, Jeremy (Steven R. McQueen), 15, live with their aunt and legal guardian, Jenna Sommers. Elena has her two best friends by her side, Bonnie Bennett (Kat Graham) and Caroline Forbes (Candice King).

At the beginning of the school year, she meets Stefan Salvatore (Paul Wesley), a mysterious new student, and immediately falls for him before meeting his older brother, Damon Salvatore (Ian Somerhalder). She soon discovers their secret: they are vampires. While Stefan prefers to feed on animal blood because he has compassion for humans, Damon is a more cruel and bloodthirsty vampire who likes to stalk his victims before draining them of their blood. Elena doesn't know they are vampires yet.

It's by getting to know them that she will discover their identity, get closer to them and awaken old demons. An ancestral war between vampires can be awakened at any moment, or even with other creatures of the night. But above all, a rivalry between the two brothers for Elena's heart will raise the stakes. 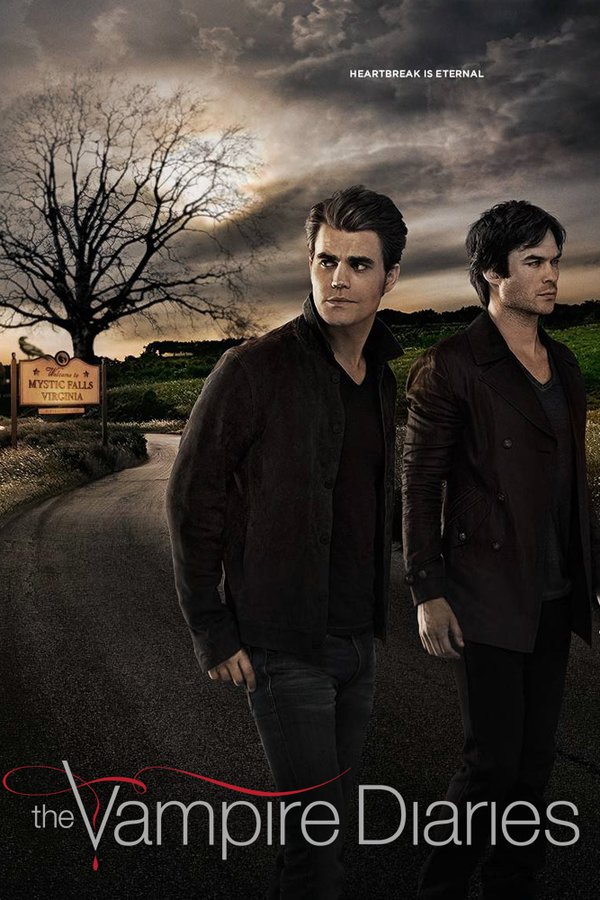 One of the best series I see. Damon, Kai, Alaric and Kathrin are one of my favorites. It's very funny to see how people die and a season later com back to live. And I like how Stefan and Damon come together.