Boruto’s training as Sasuke’s student begins. But all Boruto has on his mind is to get the better of Naruto, so as soon as his training hits a slight bump, he would immediately seek a solution from Sasuke. Also, to show his strength to his father, Boruto decides to take the Chunin Examination. During that time, the Jinchuriki Killer Bee is assaulted by a member of the Otsutsuki clan, Momoshiki, who has appeared from a different dimension. 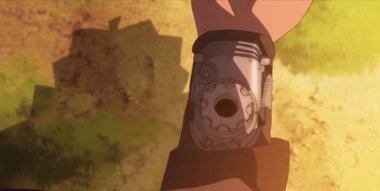