After the destruction of the Temple base and the continued deterioration of Fractal, the Temple begins attacking the home villages of the Lost Millennium factions. While the faction leaders meeting to discuss what to do, Dias informs them that Sunda possess the "key" to restarting Fractal. Viewing the Temple as backed into a corner, the factions agree to Dias's plan to join forces and attack the Temple and destroy Fractal. Meanwhile Phryne tells Clain the truth about Nessa and herself and how they must eventually become one in order to restart Fractal. Although Clain wants to join Sunda in the attack on the Temple, Sunda instructs Clain to stay behind instead and protect both Nessa and Phryne. However, the night before the attack, Phryne sneaks out and returns to the Temple to put a stop to everything. When Clain and Nessa discover Phryne missing, they set out after her. 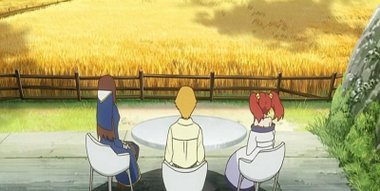