As Mare and Colin parse new physical evidence, phone records lead to an unlikely suspect. After lashing out at Helen about a possible custody fight over Drew, Mare receives some unprompted advice from Richard on how to move forward with Carrie. Later, Kenny and Mare face the consequences of their misguided attempts to protect their families. 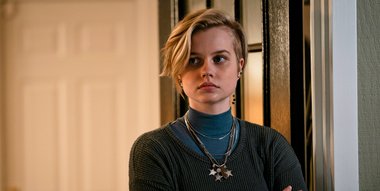