Charlie Spring (Joe Locke) is an introvert who hides a sweet reverie. He is, however, a small head. An outspoken homosexual, he dates Ben. He meets Nick Nelson (Kit Connor). They are all students at Truham Grammar School.

Nick is a popular young man at the school. He is a rugby player and everyone thinks he is straight. He asks Charlie to join him on the rugby team.

When Charlie sees Ben kissing a girl, he immediately leaves him and gets closer to Nick.

Nick questions his sexual orientation when his relationship with Charlie becomes more ambiguous. Around them, their entourage wonders where this relationship can go. Tao Xu is Charlie's protective friend and thinks that Nick is heterosexual and that their relationship will go no further, but Charlie seems to be hanging on. She Argent is Charlie and Tao's friend, transgender, she transfers to another school and has trouble fitting in. She meets Tara Jones and Darcy Olsson, who are in a relationship.

Charlie and Nick will have to live under the more or less approving glance of their entourage. Charlie wants Nick to admit that he is gay, while Nick is still in doubt about his sexual identity. 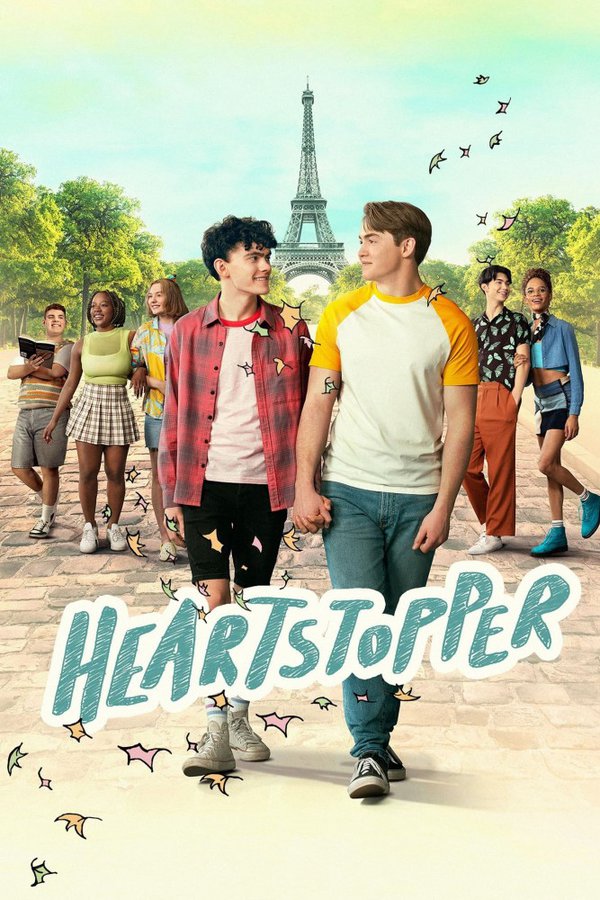 I loved this tv series so much! It’s very good and has great lgbt representation. If you like the books then watch it