Bull agrees to have TAC represent a priest who is charged in a fatal hit-and-run after he’s found behind the wheel of the church van involved in the crash. But the case is complicated when the priest claims that the actual driver confessed to him, but he can’t reveal that person’s identity due to the confidentiality that comes with confession.

Next episode
S03E11 - Separate Together 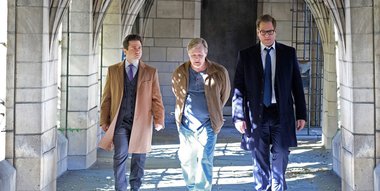