Aelita finds a photo of herself with Franz Hopper at the Hermitage, with a mathematical equation in the background. Jeremie discovers that the program works as a reset feature to Lyoko, something not too helpful but useful nonetheless. Meanwhile, Odd, in an attempt to impress a girl in photography class, inadvertently sends the photo to Sissi, who in turn shows it to her father. He questions the group about it, with Jeremie pointing out that Aelita would obviously be twenty-four by now if she were the one in the photo. They are sentenced to dentention in the library by Jim before any more discussion occurs. Before he can follow up on the matter, Jean-Pierre possessed by XANA. He delivers Aelita to Lyoko, where the Scyphozoa is waiting for her. It takes control of her and tries to force her to walk into the digital sea, but Ulrich and Yumi are there to keep her from doing so. As they battle Aelita and the monsters, Jeremie uses the reset program, clearing Aelita's possession and allowing her to deactivate the tower. After performing a return trip, Aelita explains that her real last name isn't Hopper, it's Schaeffer (the name listed on the folder in the end credits). Hopper is the last name of her mother, Antea. In addition, Franz's supposed first name is actually his middle name. Franz appearently changed both his and Aelita's names when they moved to the Hermitage in order to have a fresh start. 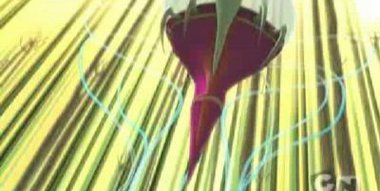