Coltrane defends his decision to go rogue with S20. After tailing Hassan and the nuclear suitcase to a deserted shopping mall in Jakarta, Wyatt and Novin face down threats from Komodo soldiers and, later, Colonel Aldo and his insurgents. As Katrina weighs her allegiances, Pavel resets the parameters of the Russian plans to overthrow the Indonesian government. 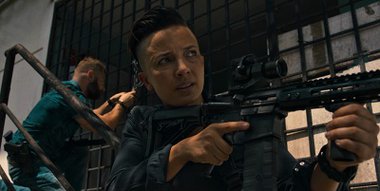