Emma does not believe in Henry's stories, and she brings him back to Storybrooke, where she is captivated by an unusual boy. Concerned for the boy, she decides to stay for a while, but soon discovers that Storybrooke is more than a simple town. It's a place where magic has been forgotten, but it's still there, where fairytale characters come alive, even though if they do not remember who they once were, and the Evil Queen, is now Henry's foster mother. An epic battle is beginning, and for the good side to win, Emma will have to accept her destiny and fight for it.

Next episode
S01E02 - The Thing You Love Most 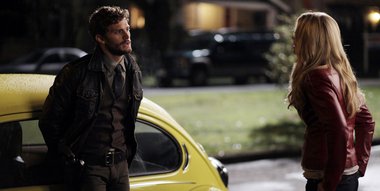