When Meliodas tries to talk about Estarossa, he is surprised that his memory is missing for some reason. The Demon King appears as if he had sensed the discomfort. Meanwhile, at that time, in the real world, fierce battles between the assault teams such as Merlin and Zeldris continued in order to prevent Meliodas from becoming a demon king. Cusack and Chandler, who are the "first demon", stand on the Zeldris side and show overwhelming power. However, Merlin is not afraid of the difference in strength and says, "If there are no weaknesses, you can make weaknesses."

Next episode
S04E05 - A Sorrowful Blow 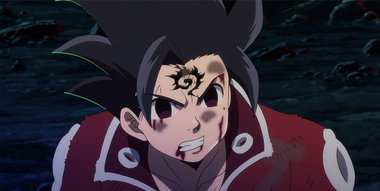