Demelza and the children join Ross in London, but his dogged pursuit of Ned’s vindication finds them caught in a dangerous web. An ennobled George pursues the fruits of his new alliance, but his lingering grief has unexpected consequences. As Ned confronts the man responsible for his downfall, Demelza fears they are entangled with forces beyond their control, and Dwight’s expertise on insanity unwittingly place him and his friends on shaky ground. Meanwhile, Drake and Morwenna continue tentative steps forward in their relationship, Valentine’s spirit grows wilful in neglect, and Geoffrey Charles learns he must tread carefully if he’s to gain Cecily’s father’s favour. Ross tries to find a man who may hold the key to clearing Ned’s name, but in championing Ned’s cause, Ross finds himself in a compromising situation that will shadow him wherever he goes. 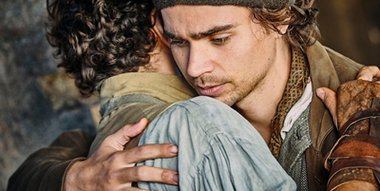