Re:ZERO -Starting Life in Another World-

In the series opening double episode, Natsuki Subaru is summoned to a alternate world on his way home one day. At first, he's enamored with this new fantasy world, but the cute girl summoned him? Nowhere to be found. He quickly learns that he doesn't have any of the powers as a gang surrounds him. Right at that moment, she appears…

Next episode
S01E02 - Reunion with the Witch 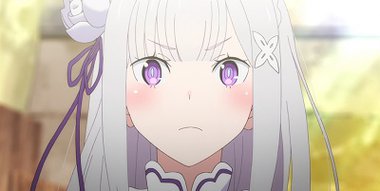 S01E03 - Starting Life from Zero in Another World

S01E05 - The Morning of Our Promise Is Still Distant

S01E19 - Battle Against the White Whale

S01E24 - The Self-Proclaimed Knight and the Greatest Knight