Ludo has taken over the kingdom, and has imprisoned Marco and River, but he finds that he is not popular at all among the kingdom's villagers. He tells River to make him popular or else he will levitate him into the sky. Marco uses a stick of butter that Ludo left to free himself, but River has eaten his part of the butter so Marco has to steal Ludo's key. He meets with some of the court entertainers, and they steal the key, but River refuses to escape. Ludo levitates River into the skies while Marco and the entertainers conspire what to do next. 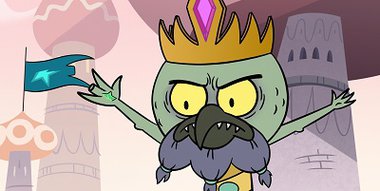