While Mimosa, Kirsch, and En were protecting the Vermillion residence from the elves, Langris, who had reincarnated as an elf, had arrived at the castle. He goes after the king’s life but Finral shows up with Captain Yami and Captain Jack. Despite knowing the difference in power between him and his younger brother, Finral continues to support Captain Yami and Captain Jack in this fight against Langris. Finral goes for a risky attack which injures him, and...

Next episode
S01E110 - The Raging Bull Joins the Showdown!! 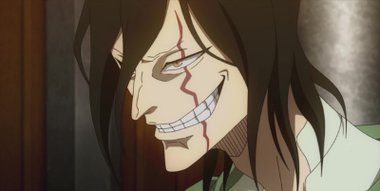