After their last battle, Asta and some of the others decide to chase after Captain Yami and some others who had already headed into the Shadow Palace. However, the elves get in their way. It was then that Captain Fuegoleon and Captain Mereoleona, both who had just awakened, showed off their true powers. Asta and the others are happy to have their help, but then notice that the door to the Shadow Palace closing. In order to get Asta and his group into the palace, the other Black Bulls hold off the elves outside.

Next episode
S01E114 - The Final Invaders 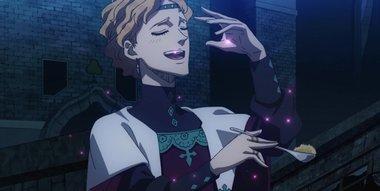