As Asta and the others were chasing the creature that lived in the cave beneath the Yultim Volcano Trail, they happened upon a dungeon. They were then ordered to explore the dungeon by the royal capital, so they split into groups and went in. They head in with Leopold and Vice Captain Randall, but those two end up running into the creature from earlier. They work together but cannot defeat the monster, which makes Leopold feel useless. At that moment, Leopold remembers the strange feeling he felt when he was fighting the elves, and...

Next episode
S01E134 - Those Who Have Been Gathered 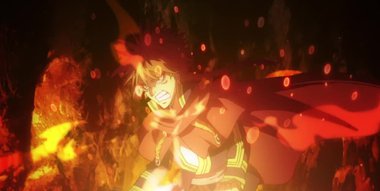