Noelle and the other Black Bulls head to Racquey to do some training, when Noelle hears a mysterious voice. Shortly after, the Black Bulls are reunited with Kahono and Kiato. The siblings ask them for help and they head down to the Underwater Temple. There, Gifso explains that a creature called the guardian has gone berserk, so in order to quell its rage, Kahono and Kiato need to present it with their song and dance. Gifso asks the Black Bulls to act as their bodyguards and Yami appoints Noelle and Finral for the job. 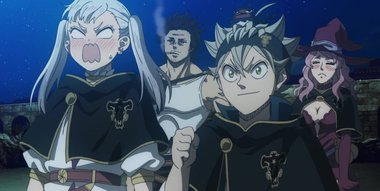