After Kiten is successfully protected Yami introduces Asta to a recovery mage named Owen that works directly under the Wizard King so he can get his arms healed. Owen is known as the most powerful recovery mage in the Clover Kingdom, but Asta's arms were in a horrific condition. Finral happens to walk by the room when Owen tells Asta something about his injury, and then he tells the rest of the Black Bulls, who are shocked. The Black Bulls go to check on Asta and see that he's still not discouraged at the bad news, and they all come to a decision... 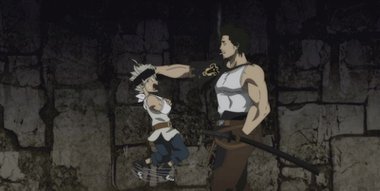