The Queen of Witches had been waiting patiently for Vanessa to awaken to her true powers, but ironically, it was those powers that helped them defeat the queen. The Queen of Witches realizes that she was wrong and heals Asta and the rest of the party, and tells Vanessa that she may do as she pleases now. They ask the queen if she knows why the Eye of the Midnight Sun is after the magic stones and she explains that both the swords Asta has as well as the magic stones all belonged to the legendary elf tribe that no longer exists... 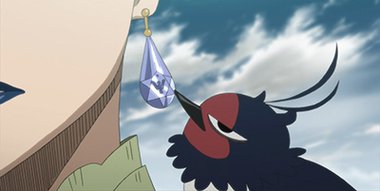